A historic site, Oak Hill, also called Archer's, Hector's, or Dunn's Hill, consisted of two one-story weatherboarded structures connected by a deep inside porch. From the lawn of this house, in May 1781, General Lafayette, shelled British held Petersburg (under Major-General William Phillips) with cannon behind a boxwood hedge that still fringes the hill. 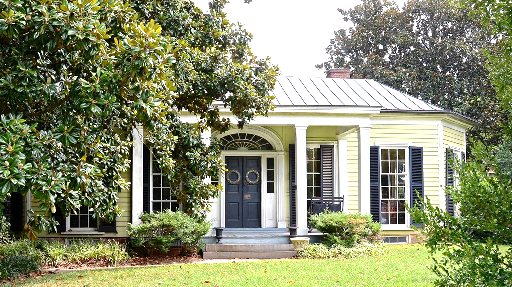 The house was built in 1825 and is a one-story, frame house with Greek Revival interior detail. It originally had an "H" shape, but was expanded with several additions. It features a distinctive elongated octagonal wing at the west end, inspired by nearby Violet Bank. It was listed on the National Register of Historic Places in 1974. It is privately owned but visible at 151 Carroll Ave., Colonial Heights, Virginia.