The Violet Bank Historic District is located in Colonial Heights, Virginia, a small city located about one mile north of Petersburg and twenty-five miles south of Richmond. A prototypical streetcar suburb, the Violet Bank neighborhood reflects broad trends in early twentieth-century residential development and community planning in the United States. The district contains the majority of two residential subdivisions—Colonial Heights Extended and Riverside Park—that were once part of Violet Bank Farm, a late-eighteenth-century estate notable for serving as General Robert E. Lee’s headquarters for six months in 1864. The Violet Bank Historic District is located along Route 1/301 (known as the Boulevard), the turnpike which once connected Richmond to Petersburg. An electric streetcar line established along this thoroughfare after 1900 spurred rapid residential development on the outskirts of both Petersburg and Richmond. Deed covenants and restrictions, commonly found in early twentieth-century subdivisions, guided development to emulate a middle-class suburban neighborhood filled with modest single-family dwellings of popular architectural styles and types such as Colonial Revival, Tudor Revival, Minimal Traditional, Bungalow, and Prairie School. Another distinctive aspect is the range of early twentieth-century mail-order and kit houses in the district. The majority of the contributing resources within the historic district are single dwellings, many of which have secondary resources such as sheds or garages. Fronting Boulevard (which comprises the district’s west boundary) are a small number of contributing commercial buildings that were included in the neighborhood’s original plan, as well as two non-contributing commercial buildings constructed after the district’s period of significance. In the remainder of the district, non-contributing resources generally consist of sheds and garages, along with a handful of houses built as infill construction during the late-twentieth to early twenty-first century. Violet Bank, located near the center of the historic district, was previously listed in the National Register of Historic Places in 1974 (DHR ID# 106-0003), and is a contributing resource to the Violet Bank Historic District.
To view the entire National Register of Historic Places Report click here. 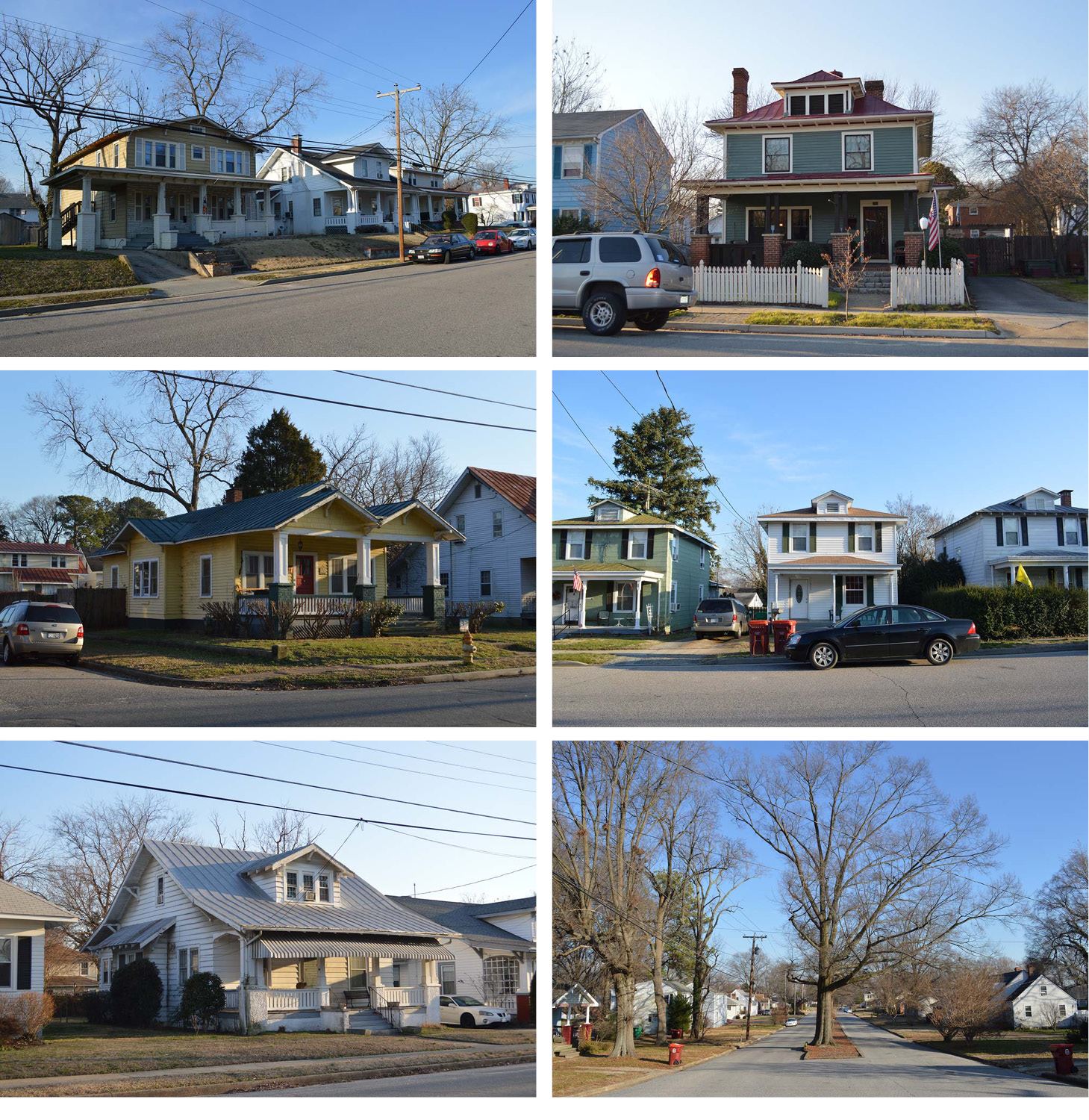