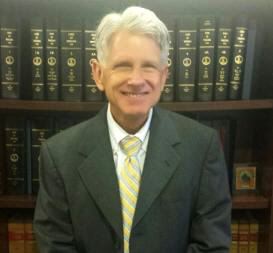 Hugh P. Fisher, III (“Chip”) became the City Attorney in February 2006.  He serves as the legal advisor to, and manages the legal affairs of, the municipal government; and he also acts as legal counsel to the Colonial Heights School Board.  His responsibilities include the rendering of opinions and the drafting, approval, and interpretation of all ordinances, resolutions, contracts, leases, and other legal documents. Before becoming City Attorney, Mr. Fisher served in the Stafford County Attorney’s Office for 18 years and the Virginia Division of Legislative Services for six years. Also, since 1991 he has been an adjunct instructor in paralegal studies.

Mr. Fisher received a Bachelor of Arts degree in political science from Randolph Macon College, a Master of Science degree in business from Virginia Commonwealth University, and a Juris Doctor degree from the University of Virginia School of Law. Mr. Fisher is a member of the Phi Beta Kappa Society, the Virginia State Bar, and the Local Government Attorneys Association of Virginia. Mr. Fisher, a native of Richmond, resides in Colonial Heights.
Employment
Payments
Meetings & Agendas
Maps
Notify Me®
Report a Concern
/QuickLinks.aspx